Named ranges can be used to create a link between individual Excel worksheets by referencing a range from within another worksheet. This is particularly useful when templates are being prepared in separate files.

You can access named ranges in Excel by going to the Formulas ribbon and clicking on Name Manager. 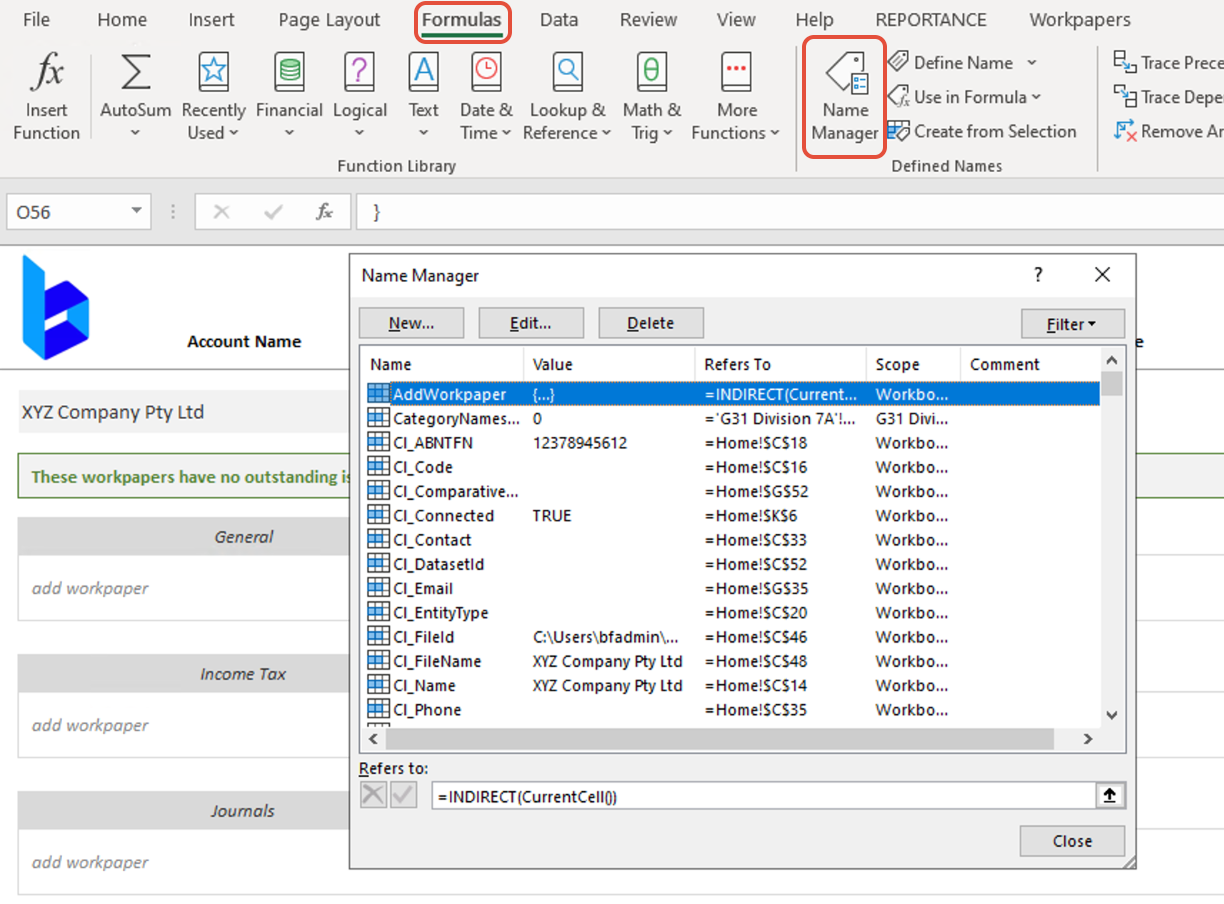 The name of a cell/range can also be seen on the left-hand side of the formula bar when the cell/range is selected.

Adding a named range to a cell

To create a cell that can be used in calculations by other worksheets, you can either use the New button using the Name Manager, or right-click on the cell/range and select Define Name, then set the name.

Note: That the name is by convention only, the formula will work with any unique value.

Here are some rules for naming 'Named Ranges' in Excel: 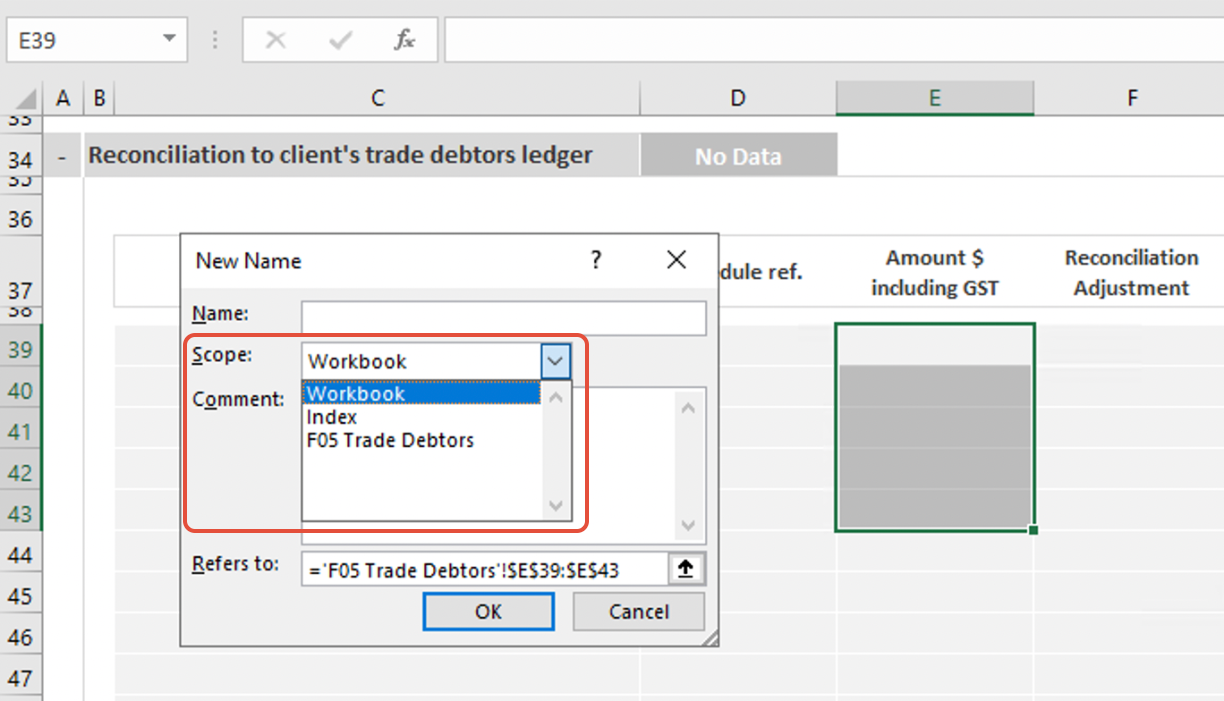 Using a named range in a formula

There are two formulae we use to insert a named range which are specific to the smart workpapers add-in:

2. SumNamedRange - Use this for formulae linking to other worksheets

=SumNamedRange("named range of cell you wish to insert")

Note: The "" around the name of the named range must be present for the formula to work.

For more detailed instructions on some of the specific functions that are used in the smart workpapers, see the knowledge article: Formulae and Coded Actions.