This article outlines the process for customising templates with the opening balances feature to roll-over from the current year to the next year.

We highly recommend reading Customisations Using Named Ranges and Template Formulae and Coded Actions prior to attempting to customising your opening balances.

The opening balances code takes values from the relevant ranges and copies and pastes them into the new workpaper when performing the import opening balances function. Named ranges are the main component in setting up a template with roll-over capabilities - see the knowledge article on Customisations Using Named Ranges.

WARNING: Opening balances are pasted as values and therefore care needs to be taken when defining named ranges to not override any calculation in specific cells.

There are three main classes of named ranges used in the opening balance functions:

This function copies the value of a single cell from the opening balance workpaper into a new workpaper.

When to use: When a single closing balance is needed as an opening balance next year (i.e. depreciation calculations) 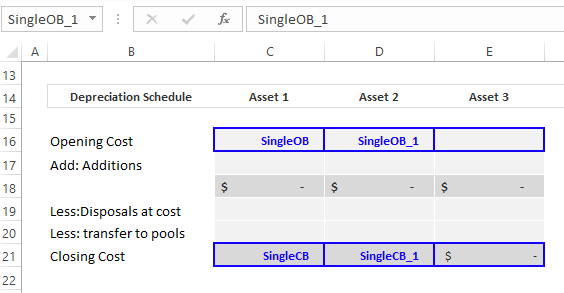 Below is a quick video on how to use the single cell rollover function:

The fixed list formula copies information from last year's closing balance to this year's opening balance by matching the text descriptions from one period to another. It is intended to be used for lists of data that have unique rows with a lot of data.

When to use: When a list of static items which may change row number have closing balances and are needed as an opening balance next year (i.e. Income Tax Reconciliation)

The string variable '1_2_3' requires you to input three variables, which specify which columns the opening balance code looks for when rolling over, as follows:

Note: This rollover function is case and character specific to the first variable.

In the example below the data from the column labelled "Current Year" will be rolled over into the "Last Year" column (note the named range: 'FixedList.1_3_4'). 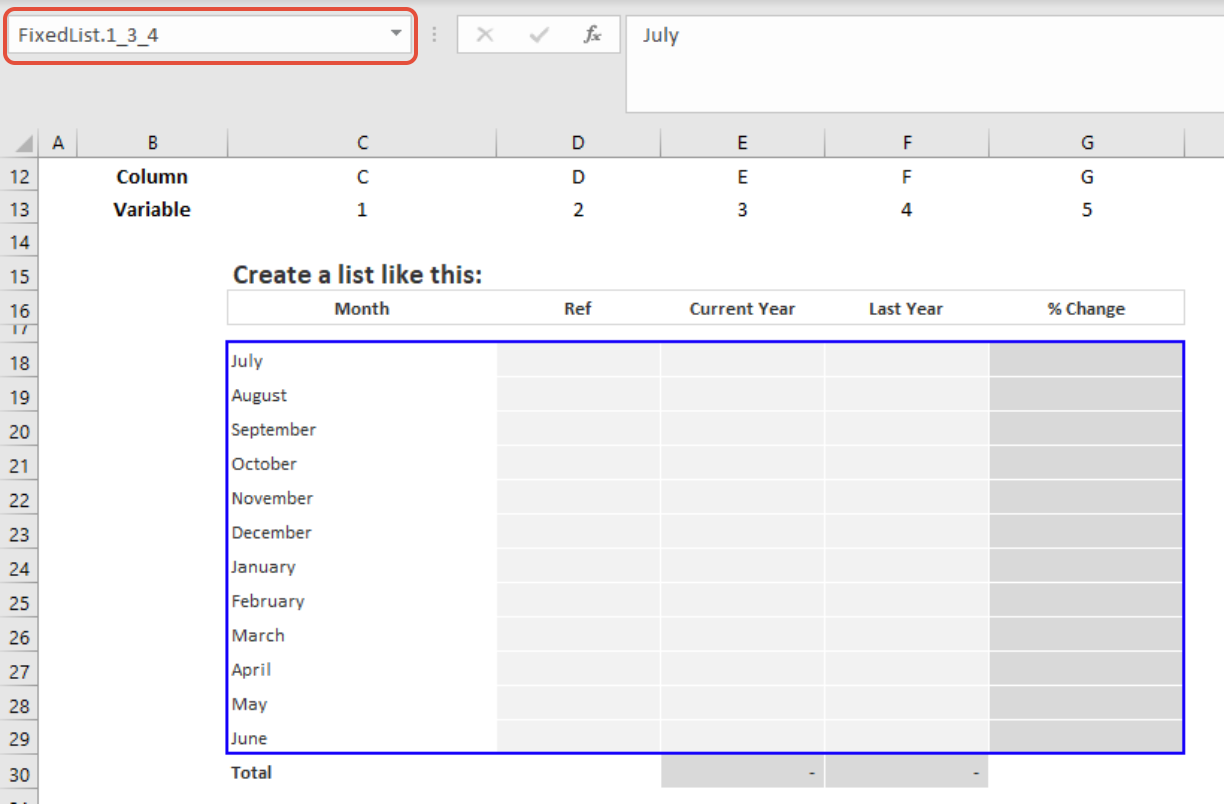 Below is a quick video on how to use the fixed list rollover function:

The dynamic list opening balance function is designed to be used with tables that could have a varying number of rows (or records).

When to use: When a custom list of items have closing balances that are needed as an opening balances next year (i.e. a list of loans or dividends, etc)

Note: 'DynamicList', 'DynamicCB' and 'DynamicOB' must have the same number of rows and cannot reference the same columns.

Below is a quick video on how to use the dynamic list rollover function: